I have heard about the Icycle Mountain Bike Race for years this year I finally had an opportunity to do the race and experience the party for myself. The Icycle is held at Fontana Village every winter it offers various races including beginner, sport, and expert divisions in both its cross country and down hill courses, and a single speed division in the cross country race. The icycle mountain bike race is even better known for the partying that is part of the race activities which continue into the late evening hours. 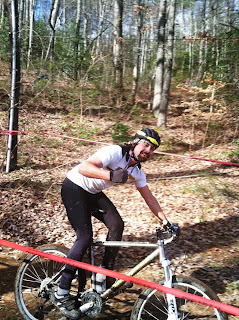 While the typical double done by most racers at this event is the cross country and downhill races I decided to do a double in the sport cross country and single speed cross country races.
This included a 11am start for the sport race which included 3 3 mile laps followed by a 45 minute break and then a 1pm start for the single speed race of the same length. Both races were a blast as I rode on a course which could best be described as oil slick like conditions caused by the rain from the last couple days. 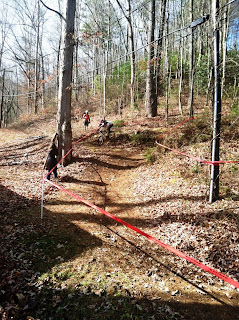 At the start/ finish area there were plenty of people cheering and drinking as you came around during each laps. Horns were blown and shouts were heard from that area through out the entire day. After finishing my races I got a quick shower and a bite to eat and headed back down to enjoy the beer provided by French Broad Brewing and watch the downhill racers practice and prepare for the night time downhill race. 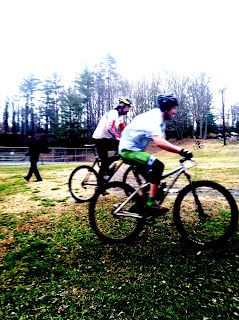 At the end of the down hill race awards were given out and the party continued late into the night. As I sat around talking to friends one buddy commented, “who cares if I am slow this is fun and having fun is what life is about.” I thought that just about summed up the Icycle weekend. Thanks to Sycamore Cycles and French Broad Brewing for sponsoring the event and a special thanks to Sarah Watt for providing me with great support as I came through each lap of the two races.
Pura Vida Adventures offers guided mountain biking trips throughout the southeast as well as other mountain adventures throughout the US and world. To find out more about Pura Vida Adventures visit www.pvadventures.com .
joe2012-02-06T17:54:06+00:00February 6th, 2012|mountain biking|